Cape Horn, the southernmost headland of the Tierra del Fuego archipelago of southern Chile, marks the northern boundary of the Drake Passage and marks where the Atlantic and Pacific Oceans meet. The waters around Cape Horn are particularly hazardous, owing to strong winds. Large waves, strong currents and icebergs have made it notorious as a sailors' graveyard. The Panama Canal is an artificial 77-km waterway in Panama that connects the Atlantic Ocean with the Pacific Ocean. The need for ships to round Cape Horn was greatly reduced by the opening of the Panama Canal in 1914.

Click here for a very interesting view of ocean currents 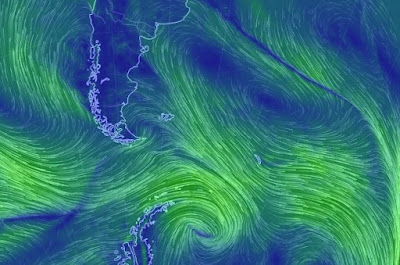 Direction of currents makes it more difficult to mix, though it is false to say that the waters of the Atlantic Ocean and the Pacific Ocean never mix. The two oceans have different Surface Currents and Deep Water Currents circulation in them.

You may find this very helpful -

Cape Horn, the southernmost headland of the Tierra del Fuego archipelago of southern Chile, marks the northern boundary of the Drake Passag...